The Romantics is a love story and generational comedy, based on the heralded novel of the same name by writer, producer and director, Galt Niederhoffer. It addresses the challenges around emotional history, while also exploring the strength of friendships encountered on our journey through life. The all-star cast includes Katie Holmes (Dawson’s Creek, Batman Begins), Josh Duhamel (Transformers, When in Rome), Anna Paquin (Piano, X-Men series), Malin Akerman (Watchmen, 27 Dresses) and Adam Brody (The OC, Mr & Mrs Smith).

Synopsis
A group of seven close friends – all part of a tight, eclectic college clique – reunite at a luxury seaside resort for a wedding between two of their own, Lila (Anna Paquin) and Tom (Josh Duhamel). Laura (Katie Holmes) is the maid of honour to her best friend Lila, however, despite the girls historically close friendship, the two have an on-going rivalry over the groom, with whom Laura was once romantically involved. The group tries to decipher their emotions, but tension runs high and on the eve of the wedding a frolic in the surf results in a missing groom. 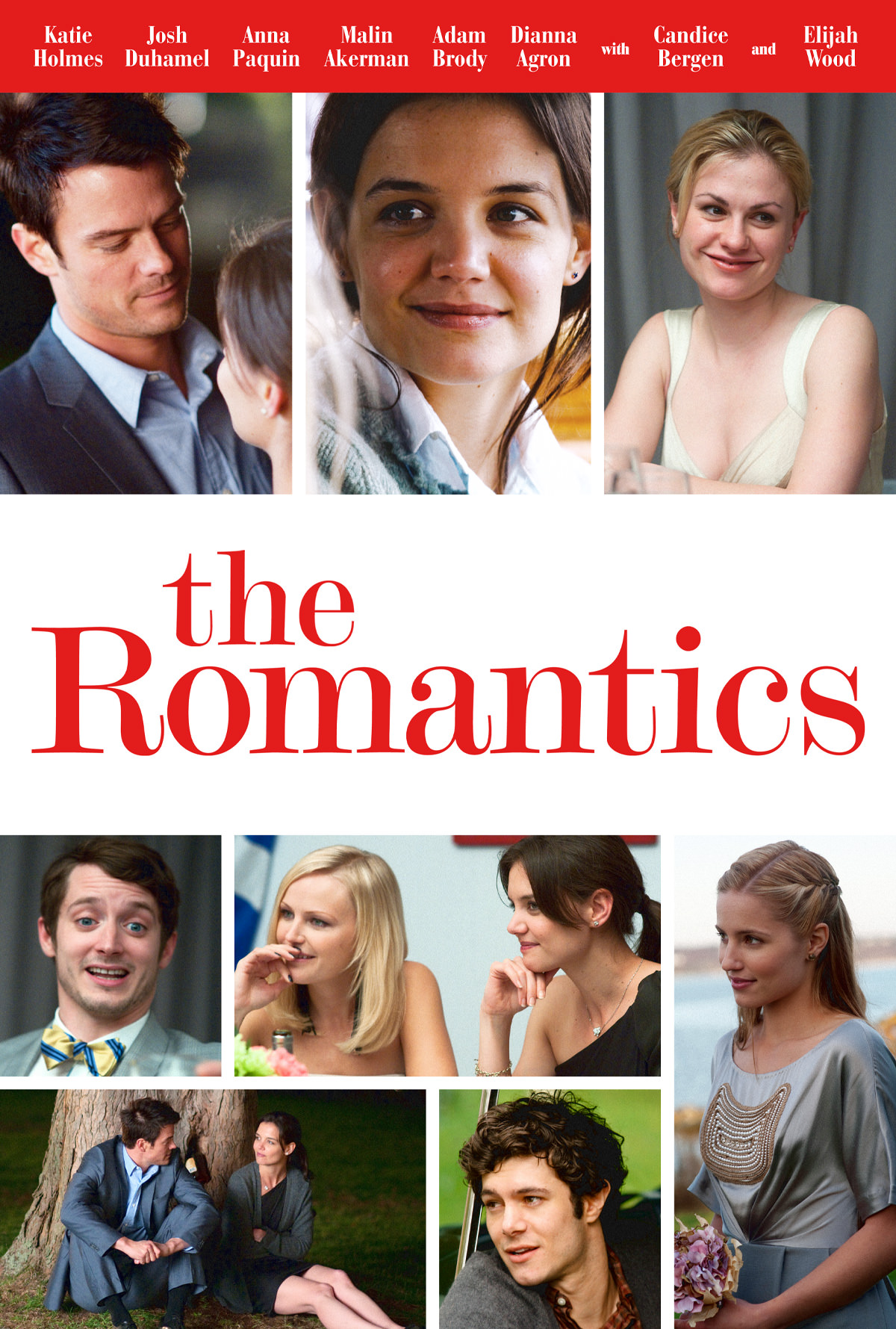 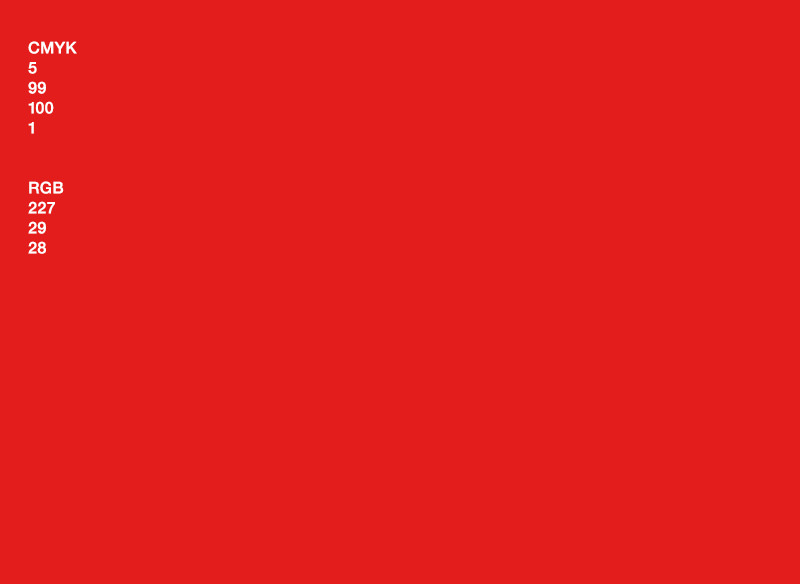 The original film poster has been replaced by a lighter version both in colour and content to enhance its contrast ability on darker backgrounds often favoured by streaming services. The gridded composition – featuring close-ups of the cast in their respective characters – helps bring the story to life through emotional expressions and will improve its legibility as a thumbnail. It will also appeal directly to admirers of the talents represented, and allows the film to remain relevant to suit the viewers of today. 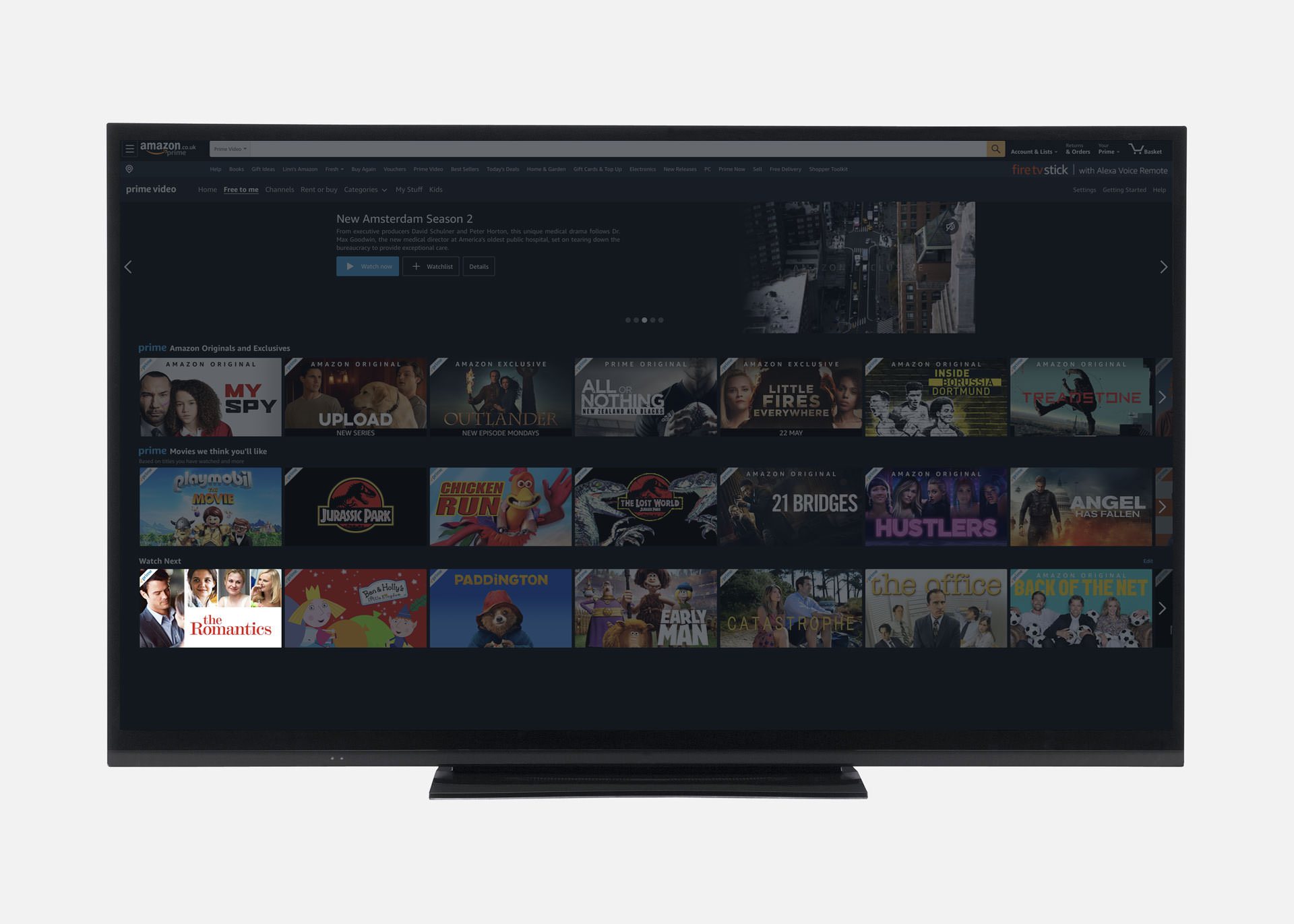 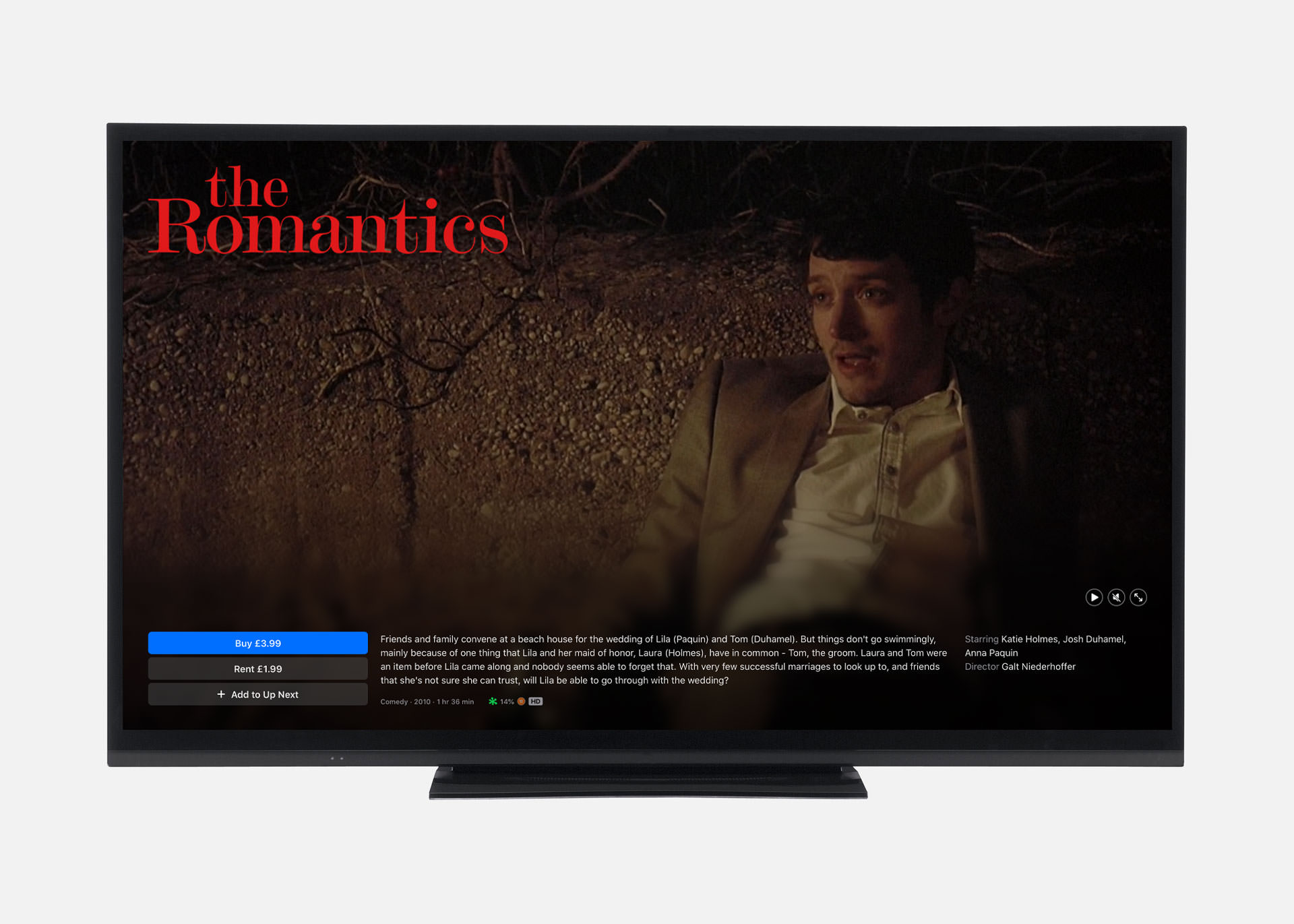 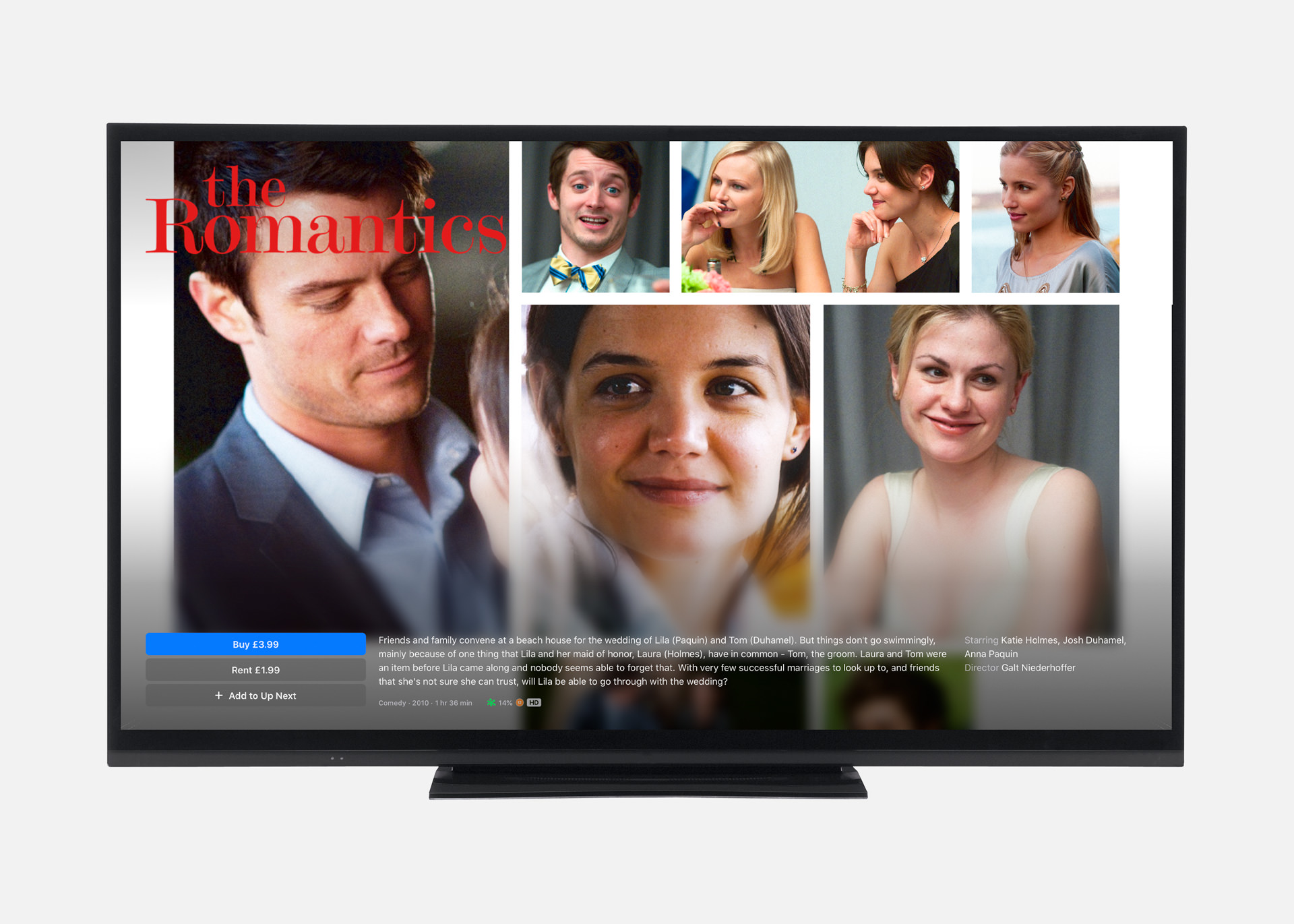 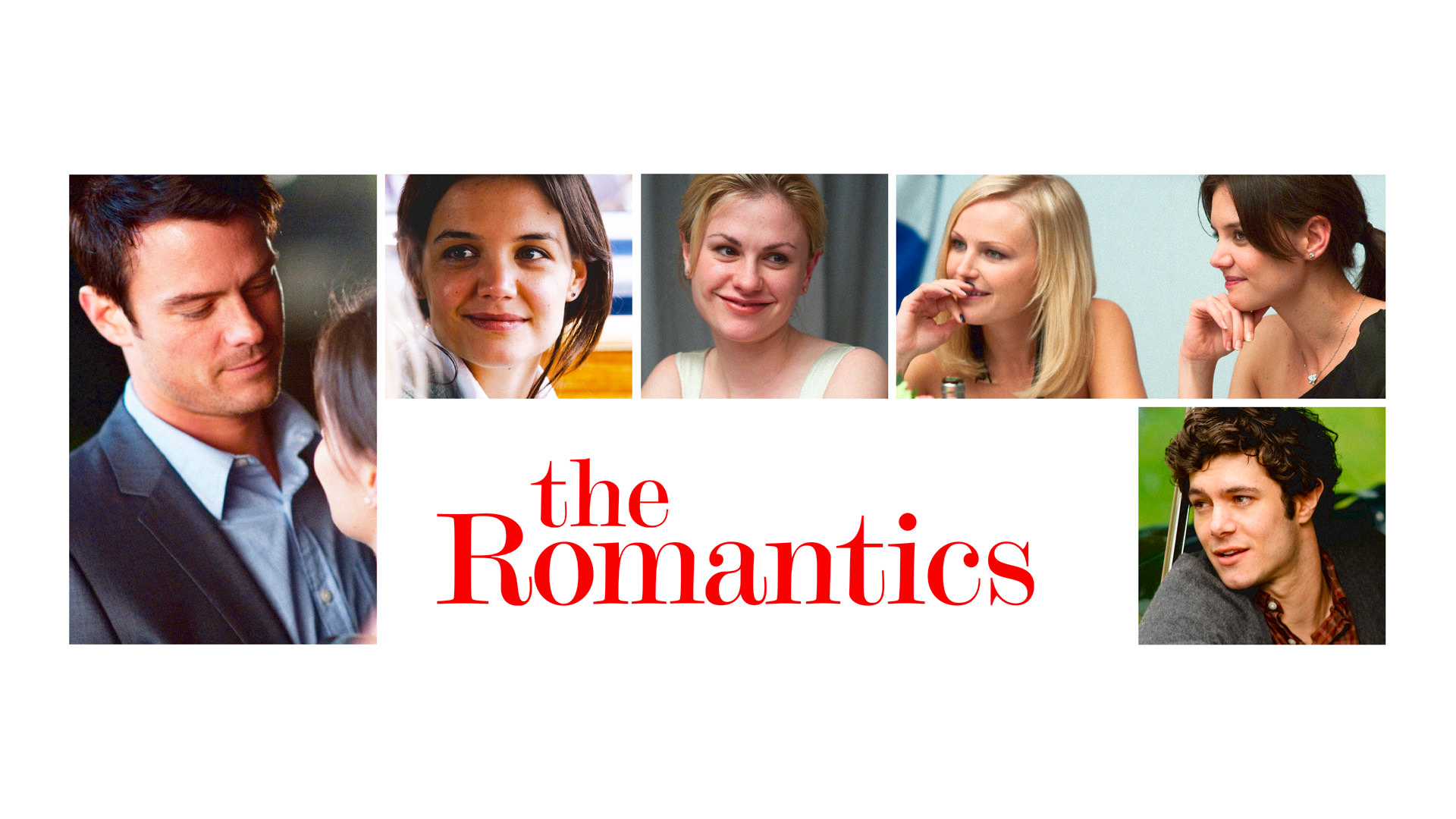